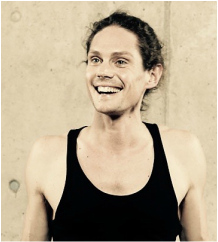 Michael Schabort
Michael, from Cape Town South Africa, Has been running "Mysore Munich" independently since Dec 2014. He is a devoted student of the Ashtanga Yoga method as taught by his Guru R Sharath Jois, grandson of the famous exponent of Ashtanga Yoga Shri K. Patthabi Jois. He returns every year to further his studies with Sharath at the KPJAYI, Mysore India.

Michael is KPJAYI authorised level 2 and teaches in the traditional "Mysore style." He is very attentive, teaches with enthusiasm and the belief that creating a strong foundation in yoga is the key to developing a more healthy and prosperous life. He delights in passing on his understanding and experience of the spiritual path with authenticity, love, and mindfulness.

Brett Porzio
Brett is a devoted student of the Ashtanga Yoga method which he learned under the instruction of Sri K. Pattabhi Jois and R. Sharath Jois in Mysore, India, and Eddie Stern in his home town of New York.

Brett began practicing Ashtanga in 2000, returning to Mysore annually to further his studies with his teachers. In 2006, he received Guruji’s blessing to teach. Brett is currently working on the Advanced A series, and in 2009, was awarded Level 2 Authorization by KPJAYI.

After many of years of practice and learning under Eddie Stern, and teaching at AYNY, Brett began teaching internationally, developing the Mysore program at AirYoga in Zürich (2007-2009), and leading programs in Sydney, Australia (2010-2012) and at Tri-Yoga Soho - London from 2012-2015. This year he's been residing and teaching in Stockholm, Sweden, and enjoys assisting his teacher Sharath Jois when he returns annually to Mysore.

The mind is like the wind; it is not easily brought under our control. However, through sincere effort, a sense of adventure, faith, and consistent practice, we cultivate steadiness in our body and mind, perceive the true Self, our true nature -the source of supreme happiness.

Brett welcomes everyone to enjoy a nurturing, supportive and dynamic space to experience the treasure of Ashtanga yoga in the tradition of Sri K. Pattabhi Jois. 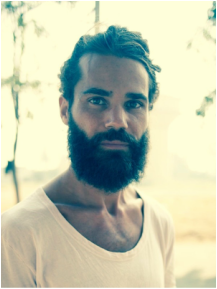 Gabriel Stinga
Gabriel began practicing yoga in its various forms in 2003 and in 2008 he began a dedicated Ashtanga Yoga practice. He has a background in Buddhist meditation that together with Ashtanga yoga, forms part of his sadhana.

Since his first trip to India in 2007, Gabriel has spent a large portion of time in India learning directly from his teachers. Five years ago Gabriel began studying under the guidance of Sharath Jois at KPJAYI in Mysore and after four extended study trips he has been authorised to teach the traditional method. Gabriel also spent extended periods of study over several years learning from  certified teachers Rolf Naujokat and Louise Ellis.

Teaching Ashtanga Yoga has taken Gabriel to Sweden, Portugal, Spain and France. This will be Gabriel's first experience of teaching in Germany and he looks forward to sharing his experience of many years of daily practice with the Munich Ashtanga community. 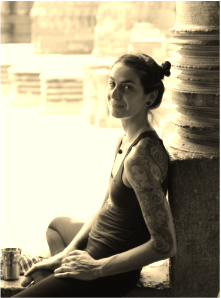 Verónica was born in Buenos Aires, Argentina. In 2004 she moved toBarclona searching for new experiences, and in 2005 began practicing Ashtanga yoga with Nick Evans and Eva Oller. Verónica furthered her practice with Hojung Audenarde, assisting her for several years, while begging to teach her own classes. She has also taught Ashtanga yoga in Menorca, Japan and Frankfurt. She regularly visit Mysore since 2010, studying in KPJAYI with her teacher Shri. R Sharath Jois and Saraswathi Rangaswamy. In 2014 Veronica received the Level 2 authorization by her teacher Sharath Jois, for transmitting the tradition and dedication of this beautiful practice to her students. She also has a degree in nutrition and is a specialist in Ayurvedic and shiatsu massage in Barcelona. 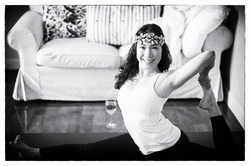 Sasha Chalermwongsavej
​
With a Master Degree in Finance, Sasha had spent years as a banker before she discovered Ashtanga yoga in Vancouver, Canada.  Her passion has taken her to travel regularly to Mysore, studying with Sri K. Pattabhi Jois and R. Sharath Jois since 2003.  In 2006, she received a formal authorization to teach Ashtanga yoga.   And in 2010, she completed the Teacher Training-level 2 course with R. Sharath Jois at Shri K. Pattabhi Jois Ashtanga Yoga Institute (www.kpjayi.org).  She has taught yoga in Thailand, Norway, Japan, and China.